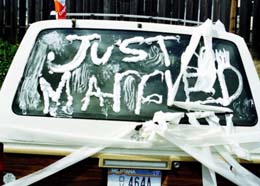 You can play these pranks with a good, harmless intent. Try playing the ones mentioned below on your friend’s car and have fun!

At the rear bumper of your friend’s car, attach a leash. When he drives around with the leash attached, people will definitely think that he’s cruel and ties his pet to the bumper and has forgotten to take it off.

If you happen to be with a group of friends who have the same car, for example, both have a Ford, switch their car keys stealthily. There is a possibility that the keys of the same car model will look identical. Enjoy the fun when he isn’t able to plug-in the keys.

This is definitely the most weird and funny prank idea, that you can try on your friend. Take up a large unfilled balloon and tie it over the whole of the exhaust pipe. After driving through a few meters, he’ll hear a big POP! He surely will be surprised as to what has happened and you can laugh your heart out.

Get a magnet and tape it under a tea cup. Put that cup on the top of the car, when you are seeing off your friend. When he drives away, it will look like as if he forgot to grab his cup off. People will try to get his attention and stop him, leaving him perplexed.

Jack up your friend’s car just barely above the ground, but, not that high that it gets noticed. Your friend will be awestruck, thinking in bewilderment, “Why the heck, the car isn’t moving!!”

This harmless prank will give an adrenalin rise to your friend. You don’t actually have to break his car’s window glass. Get an empty glass bottle, break it and throw the pieces outside the car as well as inside the car and roll down the window glass. Then call your friend and say somebody attacked, while you were inside the car. It will surely frighten him. You can also opt for a fake car scratch sticker.

The above mentioned ideas are some good pranks that you can play on your friends and watch the fun. They are absolutely harmless, yet, rib-tickling!