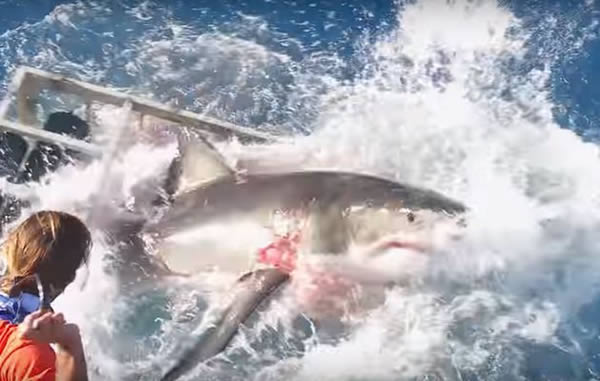 A YouTube video shows a great white shark breaching a safety cage and violently thrashing around with a diver inside while others onboard a dive boat watched helplessly.

The video, posted by “Gabe and Garrett,” was shot near Guadalupe Island, off the coast of Baja during a five-day shark cruise. Chunks of tuna were left outside the cage as bait, with a diver — supposedly — safely protected by the cage bars. One of the sharks came in for the tuna but it was so frenzied, it broke the bars and ended up inside, before bursting out and swimming away.

The elephant that charged hikers 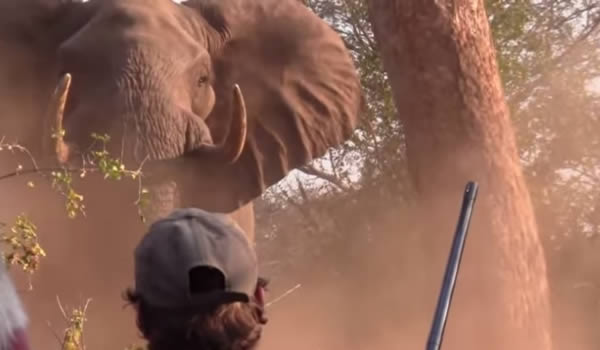 Getting up close and personal with a mighty African elephant is something only a few people get to experience. And for these tourists, the experience proved to be much more than they bargained for!

Delton Daniels, one of the hikers, managed to capture the knee-weakening moment on camera and posted it to YouTube. Luckily no one was injured, and the elephant was also eventually left in peace. 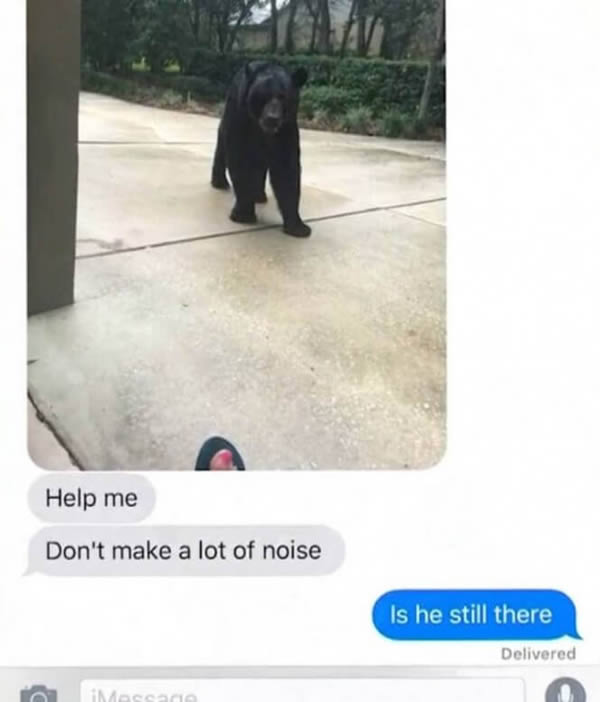 A Florida woman managed to record her remarkably close encounter with a curious black bear in Lake Mary, Florida. Teliece Sander was standing in the garage of her home in the Markham Woods area of Seminole County near Orlando, playing games on her phone when she looked up and noticed the massive black bear.

Using her phone to capture the encounter, she remained still as the curious bear sniffed the air just inches in front of her face. Afraid to move, she sent a simple text to her son, still inside the home that said, “Help me.” Eventually, the bear lost interest and left the Colton’s driveway without incident.

Check out the shocking moment a tiger paces inches from tourists, who somehow manage to remain calm. The disturbing footage was shot during a safari at the Umred Karhandla Wildlife Sanctuary near Nagpur in India.

While the point of a wildlife trek is to get close to some of the magnificent animals of the bush, here there are very obvious safety aspects that appear to have been neglected. The driver appears to have moved out of his seat, meaning a quick exit should anything go wrong is less-than-likely.

The crow that landed on a boy’s back 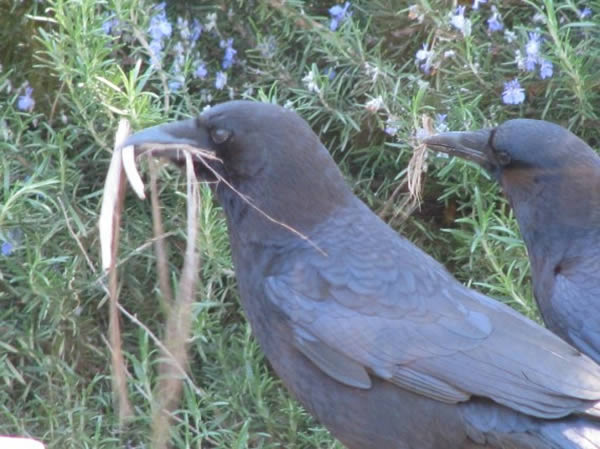 Crows are one of smartest animals we share the planet with, and they are also very dangerous. Their tiny minds are capable of complex thought, problem-solving and apparently, enjoyment of harassing people they don’t like. This Vancouver man worried when a crow landing on his back.

The kayakers who had a close encounter with a humpback whale 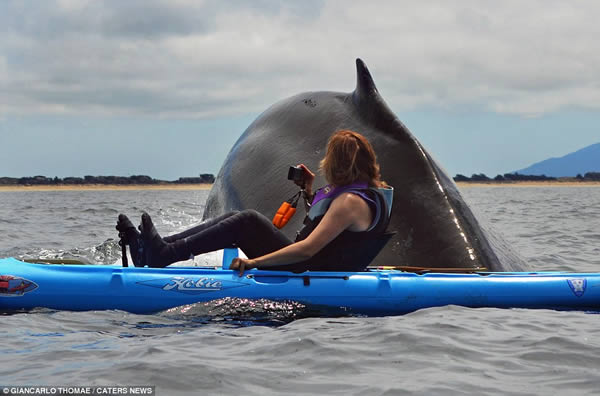 This is the heart-stopping moment a gigantic whale sprung to the surface just feet away from two stunned kayakers.

The pair were paddling along trying to spot whales in the distance at Monterey Bay in California when suddenly the 40ft, 80,000lb beast rose out of the water almost within touching distance of the shocked pair. Laws state that nobody can approach a whale within 100 yards, but the mammal decided to take them by surprise instead.

The man who found a giant lizard knocking on his door 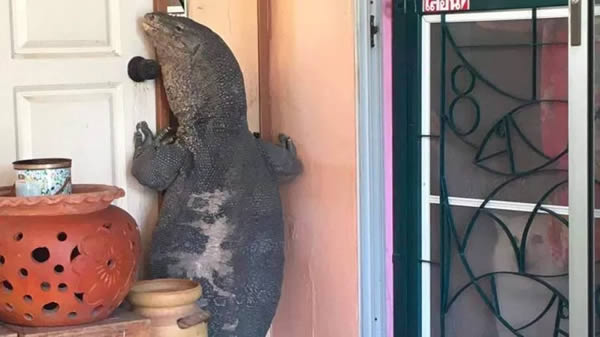 This is the terrifying tale of how a 24-year-old Thai man, Attanai Thaiyuanwong, came home to find a giant monitor lizard at the door. When it stood on its back legs, it was the same size as a small human. It appeared to be staking out the house in Samut Prakarn, south of Bangkok. Rather than get the hell out of there, he decided to photograph it and put it on Facebook. The video went viral for the obvious reasons. Check it out if you haven’t already.
The gorilla who smashed its way out of a London Zoo enclosure inches away from visitors 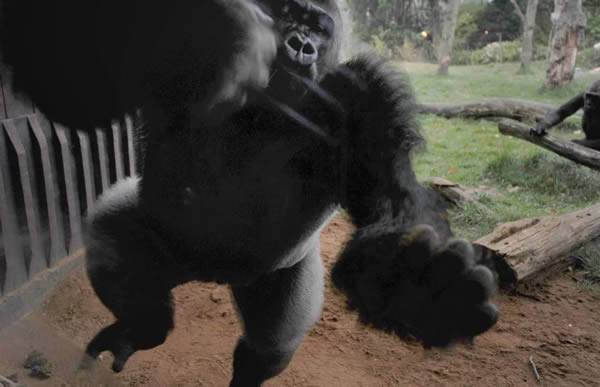 A raging 7ft gorilla threw itself against a window before escaping from his enclosure at the London Zoo.

Terrified tourists screamed in horror as the 29st Kumbuka flung himself against the glass barrier. Dramatic footage shows the furious beast smashing his full body weight against the glass, inches from where zoo-goers are standing.

Kumbuka was on the loose for at least 90 minutes after escaping. Armed cops and zoo-keepers eventually shot him with a tranquilizer dart as terrified visitors hid in a cafe and other enclosures. One zoo worker said: “He’s a total psycho, that ape.”