8 Animals That Can Walk on Water

Uncategorized
8 Animals That Can Walk on Water 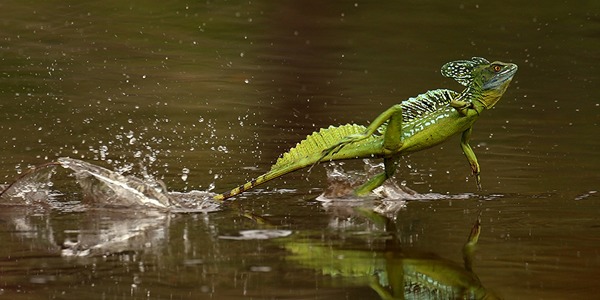 The basilisk lizard, also known as the Jesus Christ lizard, escapes its predators by dropping from its treetop home and running across the surface of the river below. They can reach an impressive speed of over five feet per second for about a length of 15 feet.

The lizards have long toes with fringes of skin connecting them and rapidly smack their feet against the water to create an air pocket while running, which helps them stay afloat as long as they maintain their speed. When they do fall in, they can swim, but prefer running as they are also at risk of being eaten by water-dwelling animals. 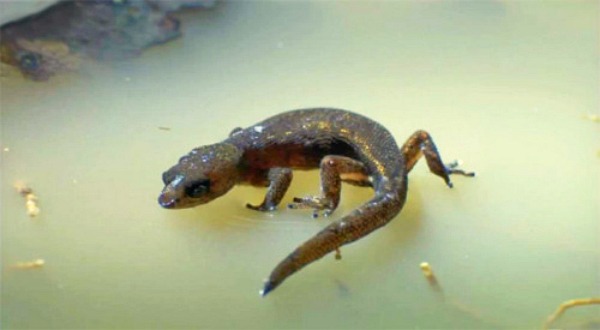 This tiny lizard isn’t just cute, it’s also gifted. Between its low weight and hydrophobic skin, the gecko is easily able to walk along the surface of the water. Because the gecko is so tiny (more so than many of the insects that live in the Amazon rain forest with them), it is at risk of drowning in even the smallest puddles — scientists believe this is how their ability to walk on water evolved.

Water bugs — a.k.a., Jesus bugs, pond skaters, and water skippers —  are members of the Gerridae family of insects and are distinguished by their ability to walk on water. They do so with hydrophobic legs that help increase surface tension on the water and equally distribute their weight on all legs. Their movements also help by sweeping their middle legs in a circle like rowboat oars, which propels them forward. 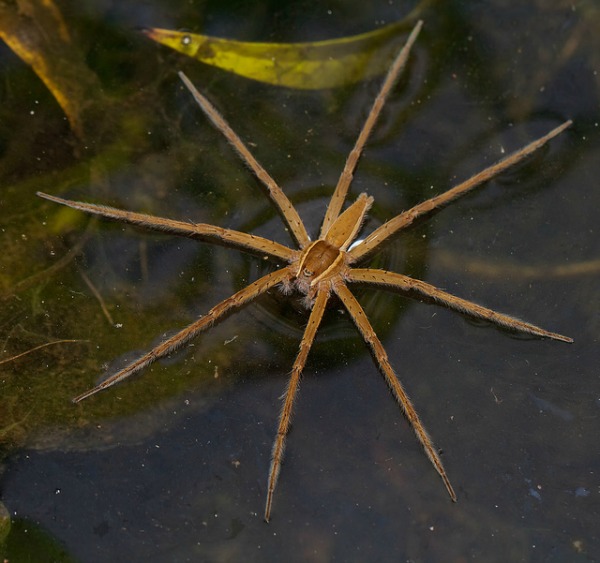 Fishing spiders (a.k.a., raft spiders, dock spiders and wharf spiders) are semi-aquatic and live near pools and streams where they hunt for food. They wait by waterways until they detect ripples in the surface of the water and then run across it to subdue their prey. The water also helps them avoid predators since they can hide under the surface of it by encasing their bodies in small air bubbles. While most fishing spiders eat insects, some larger species can even catch and eat small fish, tadpoles and frogs.

Fishing spiders, like geckos, can travel on water because they are lightweight and covered in short, hydrophobic hairs. They sometimes sail along the water, standing with a few legs up in the air as the wind pushes them along the surface. Their short hairs also allow for air bubbles to form around their bodies when they hide under the surface. In fact, they are so buoyant that they need to hold on to something while under, or they will float right back to the surface and emerge totally dry. Some of the spiders can stay submerged for as long as half an hour. 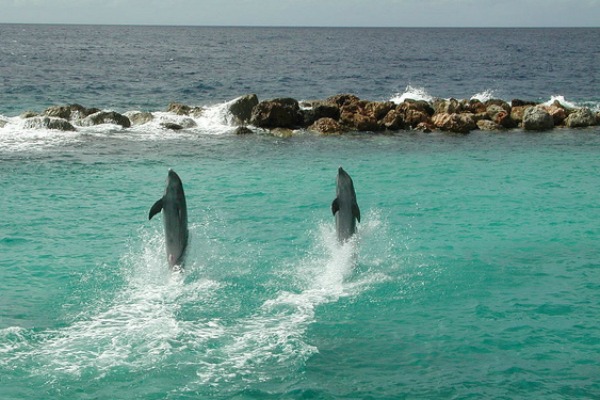 Without feet, it’s hard to say that dolphins can actually “walk” on water, but they are famous for being able to dance above the waves with their tail fins. Unlike other animals that use their water-walking abilities for some evolutionary benefit, researchers believe that dolphins only do so for fun — the equivalent of humans dancing.

Interestingly, while dolphins are equipped with the ability to tail walk, they almost never do it in the wild unless they have been exposed to a once captive dolphin who was previously trained in the behavior by humans. 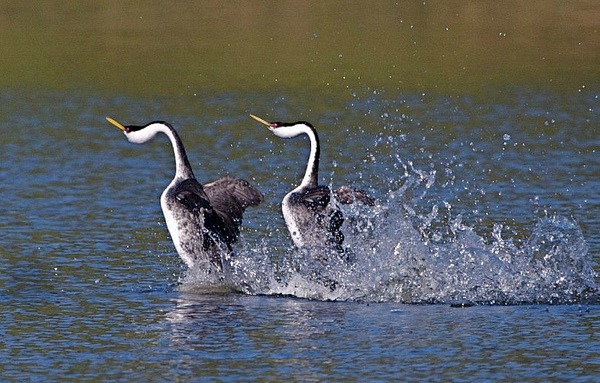 Both the western and Clark’s species of grebes have a unique and beautiful mating practice called “rushing” that involves them running along the water in pairs. The birds will lunge forward and rise to their feet with their wings beating nonstop. The couple then runs across the water in unison for up to 30 feet, taking as many as 22 steps a second.

The birds spend nearly their entire lives in the water and have short wings and sturdy legs that are terrible for walking on land, but great for their mating dance. 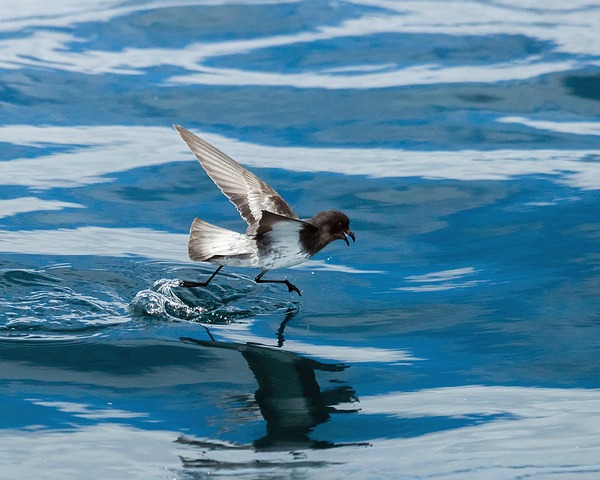 Unlike most of the other animals on this list, this bird doesn’t walk on the surface of the water, though it does look like it. In reality, it hovers close to the surface, and eats and runs its feet along the water. The bird gets its name from Saint Peter, who is said to have walked on water. Their legs are too weak to support the bird’s weight for more than a few steps, meaning they can appear to walk further on water than they actually can on land.

A Heron on A Hippo 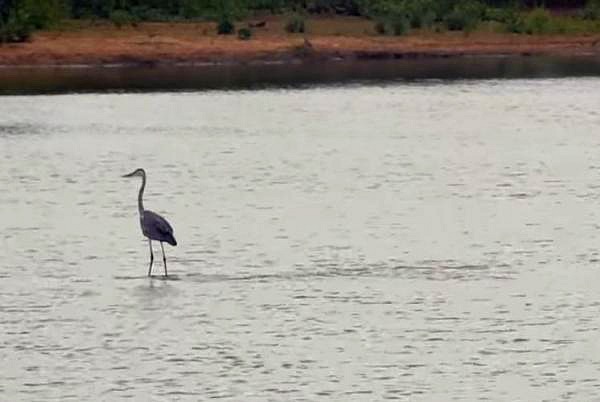 Ok, herons can’t walk on water, but the bird in this video sure looks like he can — until the hippo pops out above the surface showing us what’s really going on here. Sure, he might not be able to walk on water, but this is about as close he — and the rest of us — will ever get, so we might as well celebrate the illusion.